Finally, the City of Cape Town politicians have done what we expected all along. The outcome of our Appeal against rezoning of the River Club land has ended with the City ignoring widespread public opposition, overlooking the facts of the case and justifying the River Club development as a wonderful benefit to the people of Cape Town. The mayor, acting on the recommendation of his Planning Appeal Advisory Panel, released a statement on the 19th April, rejecting our appeal and that of other Khoi groups, environmental  NGOs, social justice networks and many individuals. In doing so, he not only extolled the development, portraying it as as a boost to the Cape Town economy but he had the temerity to claim that Khoi heritage would be honoured through destruction of the open space floodplain and filling in of the original Liesbeek River. The front page of today’s Cape Times highlighted the fact that this approval is a slap in the face to indigenous people. SEE ARTICLE HERE 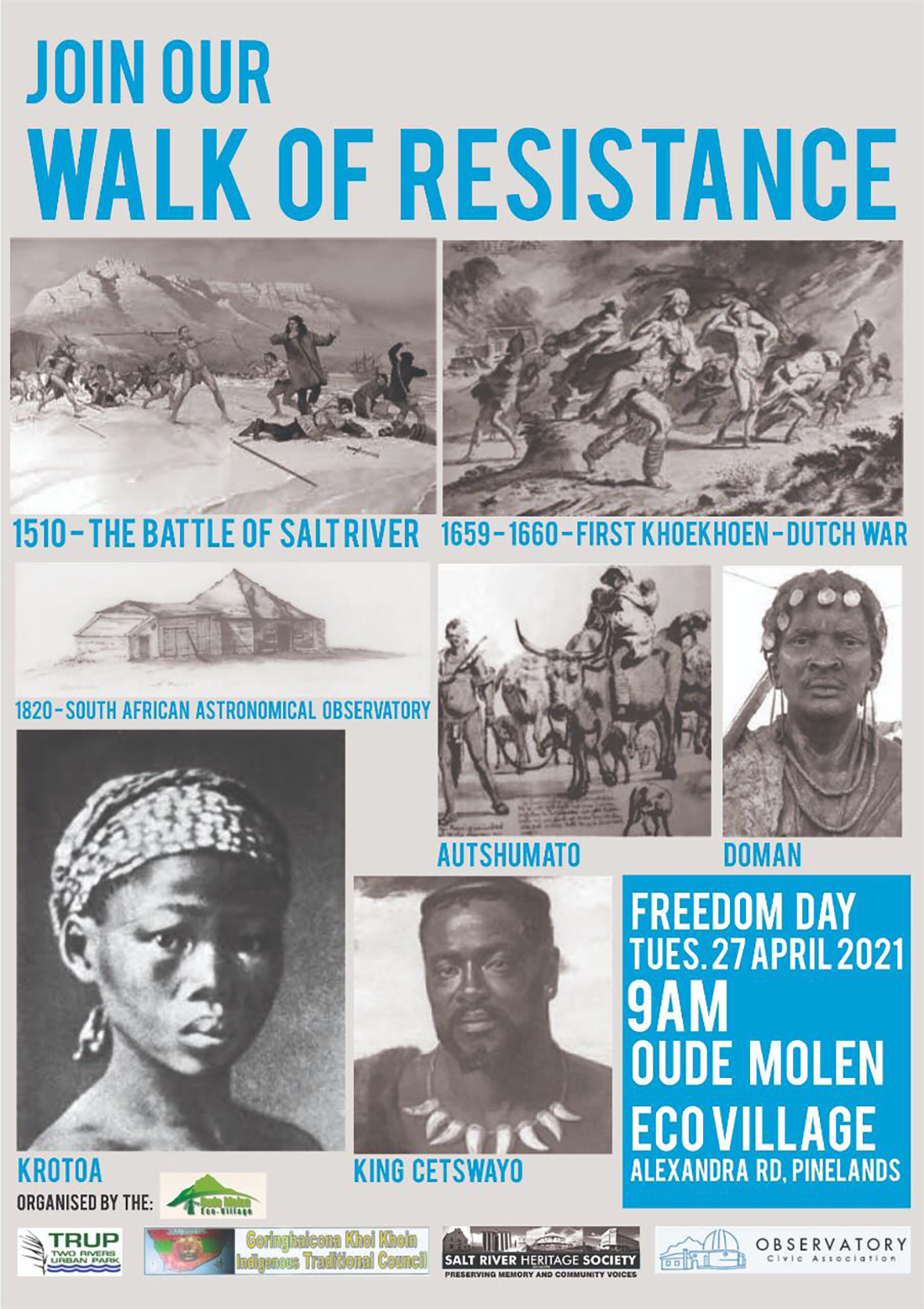 The Observatory Civic Association, in conjunction with the Salt River Heritage Society, the Goringhaicona Khoi Khoin Indigenous Council, the Two Rivers Urban Park Association (TRUPA) and the Oude Molen Eco Village will undertake a ‘walk of resistance’ on Freedom Day, the 27th of April 2021, to register our opposition to the development and the destruction of irreplaceable intangible heritage. The resistance of the Khoi to colonial intrusion, and this historic defeat of the Portuguese colonialists at the Battle of Salt River in 1510 presage the spirit of resistance to injustice that continues to permeates the site. TRUP has been nominated for Provincial and National Heritage status and is slated for nomination as a UNESCO World Heritage site.  This resistance is deep and it is strong and it will be seen in court where we challenge the faulty planning decisions of the City and the Department of Environmental Affairs and Development Planning.

The walk will start at the Goringhaicona Khoena Kraal at Oude Molen at 9am and end at the plaque, on the banks of the Liesbeek opposite Hartleyvale, where a reinstallation ceremony will take place at 11am to commemorate the real heritage of the area, rather than the manufactured version which the LLPT wants to deliver care of Amazon Inc.

Anyone is welcome to join the march and all COVID-19 protocols will be observed, so make sure to bring your mask. For more information, email info@obs.org.za. 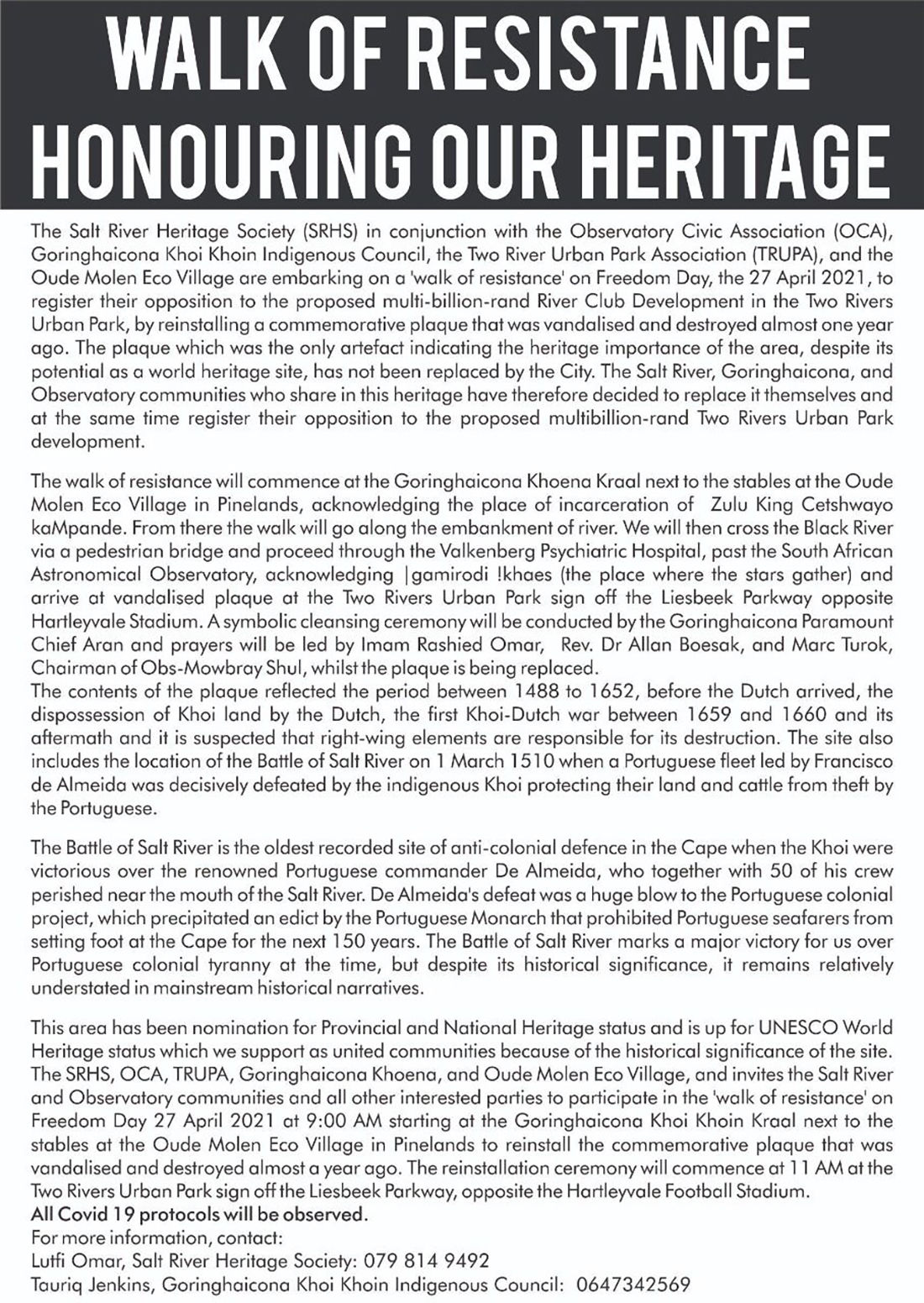