Today, Sunday 6 December, there was a press conference at Oude Molen called by the Goringhicona after completing a !nau ceremony, a traditional rite of passage ceremony, and their AGM.

At today’s press conference, we heard calls that the Two Rivers Urban Park could become a tourist attraction with its remarkable mix of environmental, heritage, history, and cultural value, and the River Club property should be developed as a freedom park).

On 4th December, City announced that the Green Point Urban Park (see media release below) hosted more than one million visitors a year, both local and international before it was closed for COVID-19. They are now proud to restore it. So, a people-oriented venture is nothing new to the City.

But it seems the City has one standard for Green Point and another for the Two Rivers Urban Park, since they quietly removed “Urban Park” from their proposed Spatial Development Framework for the “Two Rivers” (whatever that may be…).

Always double standards to suit the rich and powerful.

By the way, another call made at today’s meeting was that the River Club land should be expropriated and returned to the Common Use 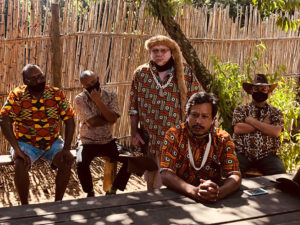 The City’s Mayoral Committee for Economic Opportunities and Asset Management Alderman James Vos outlined the key transactions in his speech to Council.

It was with a heavy heart that the park was closed to the public due to lockdown regulations from April to August, and the reopening is good news for residents.

The Green Point Urban Park, up until the forced closure, hosted more than one million visitors a year, both local and international.

‘Not only is the City Green Point Urban Park a world class asset, it is fit for purpose in these times of social distancing and with the need for safe, controlled open areas,’ said Alderman Vos.