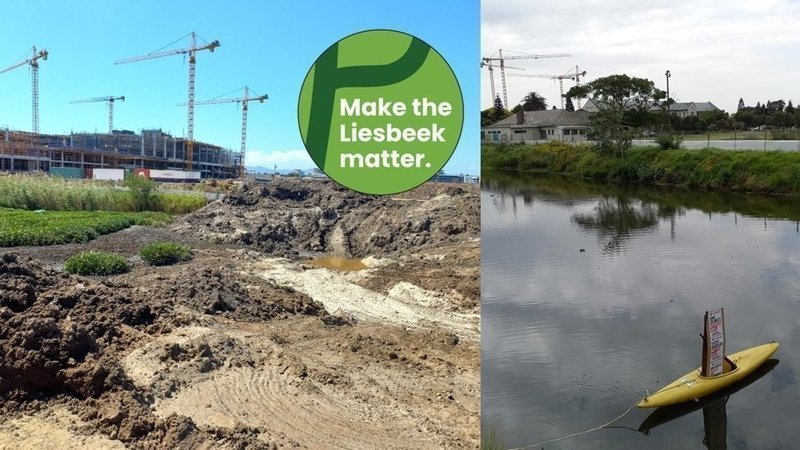 It’s become commonplace for detractors of our campaign to repeat the developer’s claims that the Liesbeek River is polluted and an ecological disaster. This is useful to the developers because they can claim that their burial of the original course of the river to the west of the site and the decanalisation of the artificially-created concrete channel to the east of the site is somehow a form of ‘rehabilitation’.

This is completely misleading.

Firstly, the Liesbeek River is the least polluted river in Urban Cape Town. It is certainly stressed but it is far from the neglected cesspool that naysayers like to claim it is. A 2020 study for the City of Cape Town confirmed that the Liesbeek River showed less impacted Dissolved Oxygen concentrations (a marker of organic pollution) than other urban sub-catchments in the City, particularly the Black and Lower Salt River, which are severely impacted as the result of treated and untreated sewage waste entering the river system upstream…