Cape Town – A group of squatters calling themselves Singabalapha (we belong here), consisting of more than 50 people living in tents on the pavements in Observatory, said they will not be removed from their area to the City’s allocated temporary shelter in Strandfontein for the homeless during the Covid-19 lockdown.

Barbara Vuza, spokesperson for the Singabalapha backyarders, said residents occupying the area cannot be removed as they were not homeless, but have been residing in the same area for the past seven months.

The group, comprised of residents from various townships – Langa, Gugulethu, Nyanga East and Khayelitsha – was located at 414 Observatory, opposite Pick n Pay and KFC.

Badroodien said the City’s disaster risk management centre has taken the lead on the establishment of the Strandfontein Covid-19 temporary shelter and, when completed, the facility was handed over to the Social Development and Early Childhood Development Department.

Law enforcement officials have been transporting persons from various areas, including Observatory. 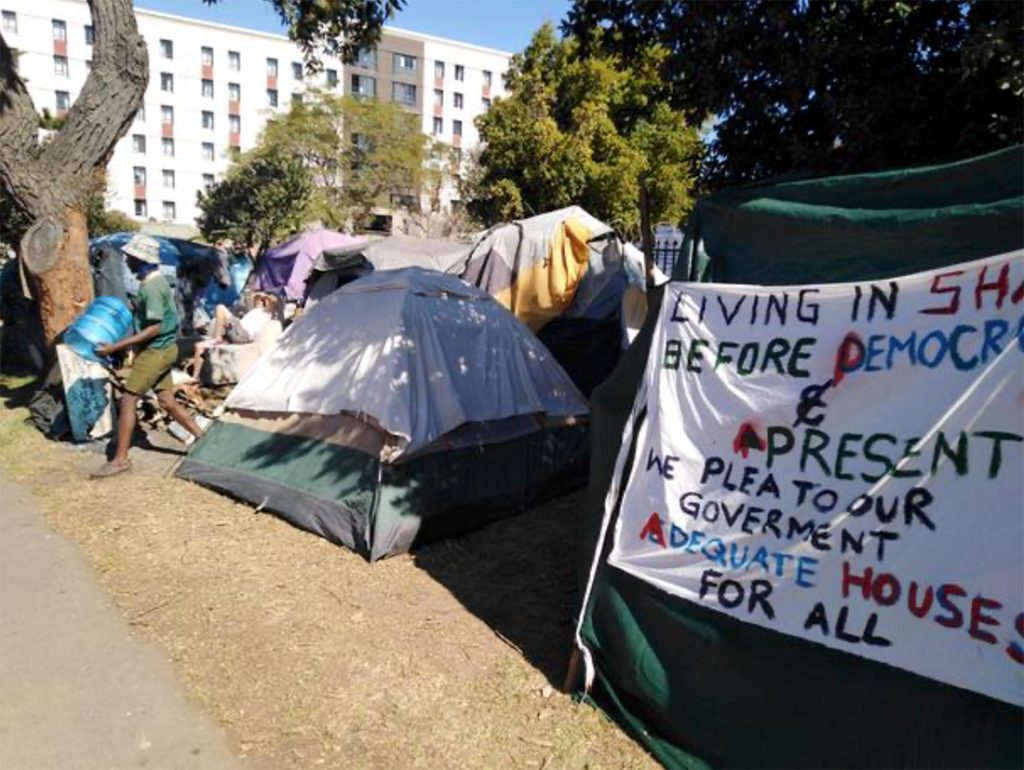 A group of squatters calling themselves Singabalapha, consisting of more than 50 people living in tents in Observatory, said they will not be removed. Picture: Supplied

The Covid-19 temporary shelter currently has 1400 people registered at the facility. Badroodien said more street people would be transported to the facility until its maximum capacity is reached.

“It should also be noted that it is a national directive to provide temporary shelter and the necessary amenities to homeless people during the Covid-19 lockdown.”

Meanwhile homeless people are still seen roaming the streets of the CBD, despite the increased police and law enforcement presence in the area, since the start of the lockdown.

One of the homeless people in the CBD, Siyabonga Qwaxula, 31, said: “They didn’t tell us anything. We heard that people are going to Kraaifontein, but they don’t come to us. We are staying next to Bo-Kaap, near Buitenkant Street – we sleep there, outside.”

Qwaxula said there was no food or water to drink. “We had to beg to get food. The police just pass us. We walk, thinking maybe they’ll stop us and take us to the buses but they don’t.”