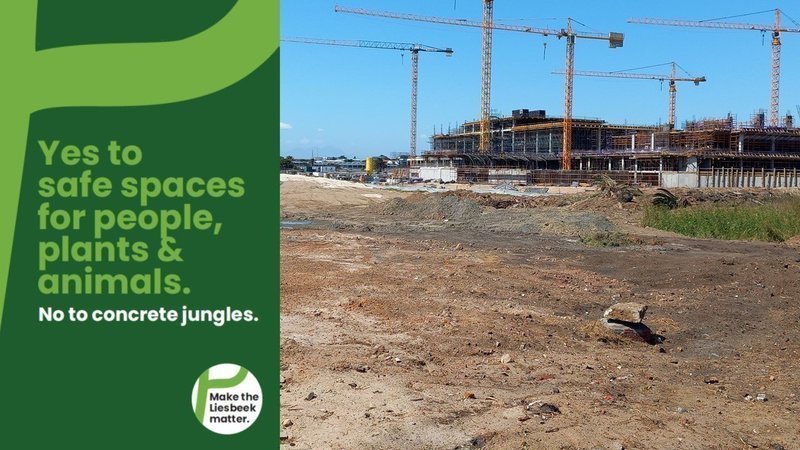 Amazon, the capitalist behemoth, takes its name from the narratives in Greek mythology of women warriors of the ancient world. Their name was later linked to the Amazon River which, as the story goes, was named after indigenous women in the region who were strong warriors, in the tradition of their Greek mythological forbears. The Amazon River itself is one of the longest and most powerful rivers in the world.

All of this is superbly ironic when considering that the Liesbeek Action Campaign is fighting that very same Amazon behemoth in Cape Town, South Africa, for the rights of a river (the Liesbeek) and alongside Khoe activists and organisations for the right to memory for Khoe people dispossessed by colonialism…