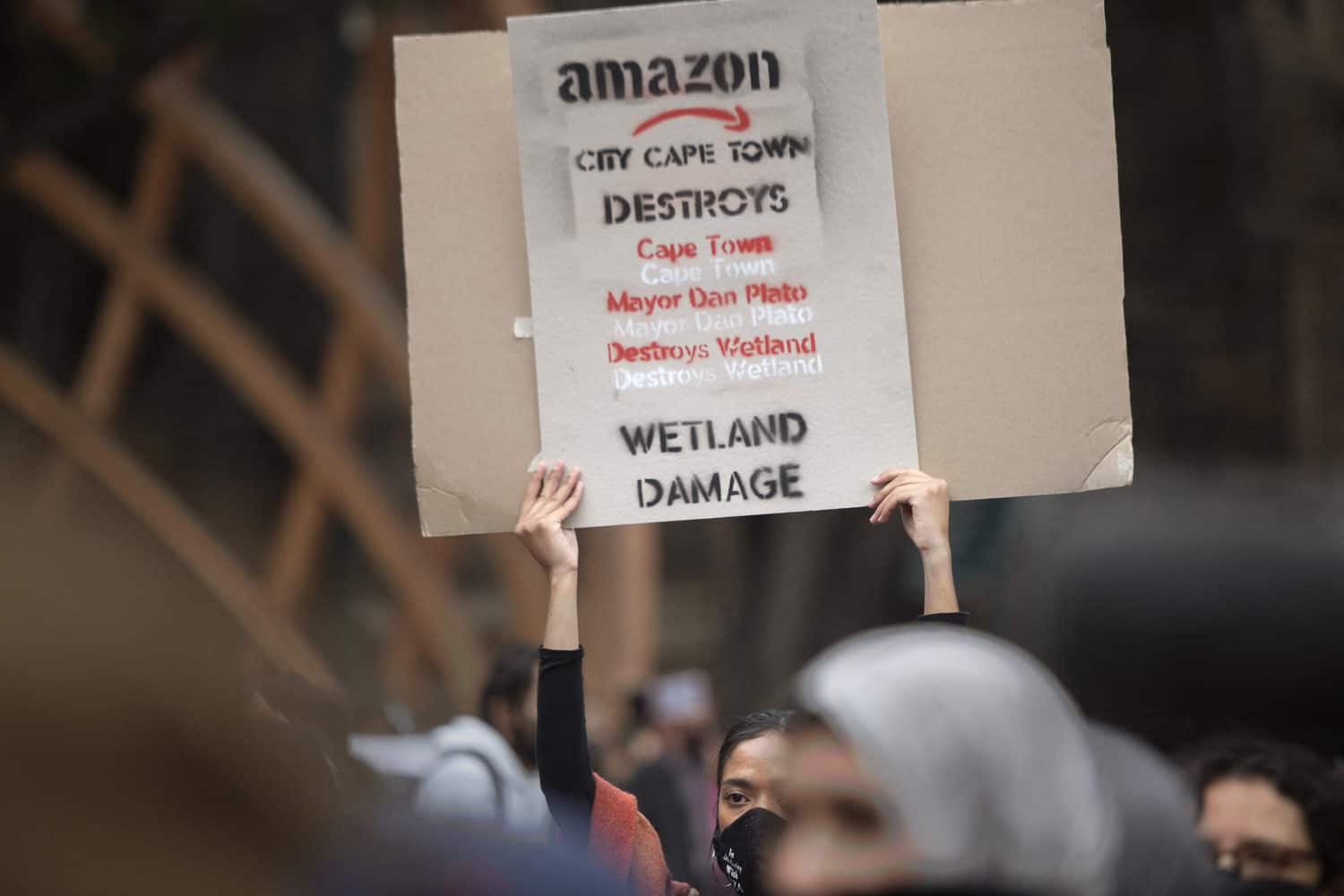 Hundreds of people, consisting of Khoi and other First Nation, environmental and civic activists, march through the streets of the city protesting against the proposed new Amazon building on a particular site, and colonial-era statues standing in prominent positions in the inner city in Cape Town on June 16, 2021. (Photo by RODGER BOSCH / AFP)

A high court judge found profit did not outweigh the rights of indigenous peoples.

An interdict has been granted to temporarily halt the construction of Amazon Africa’s headquarters in Observatory, Cape Town.