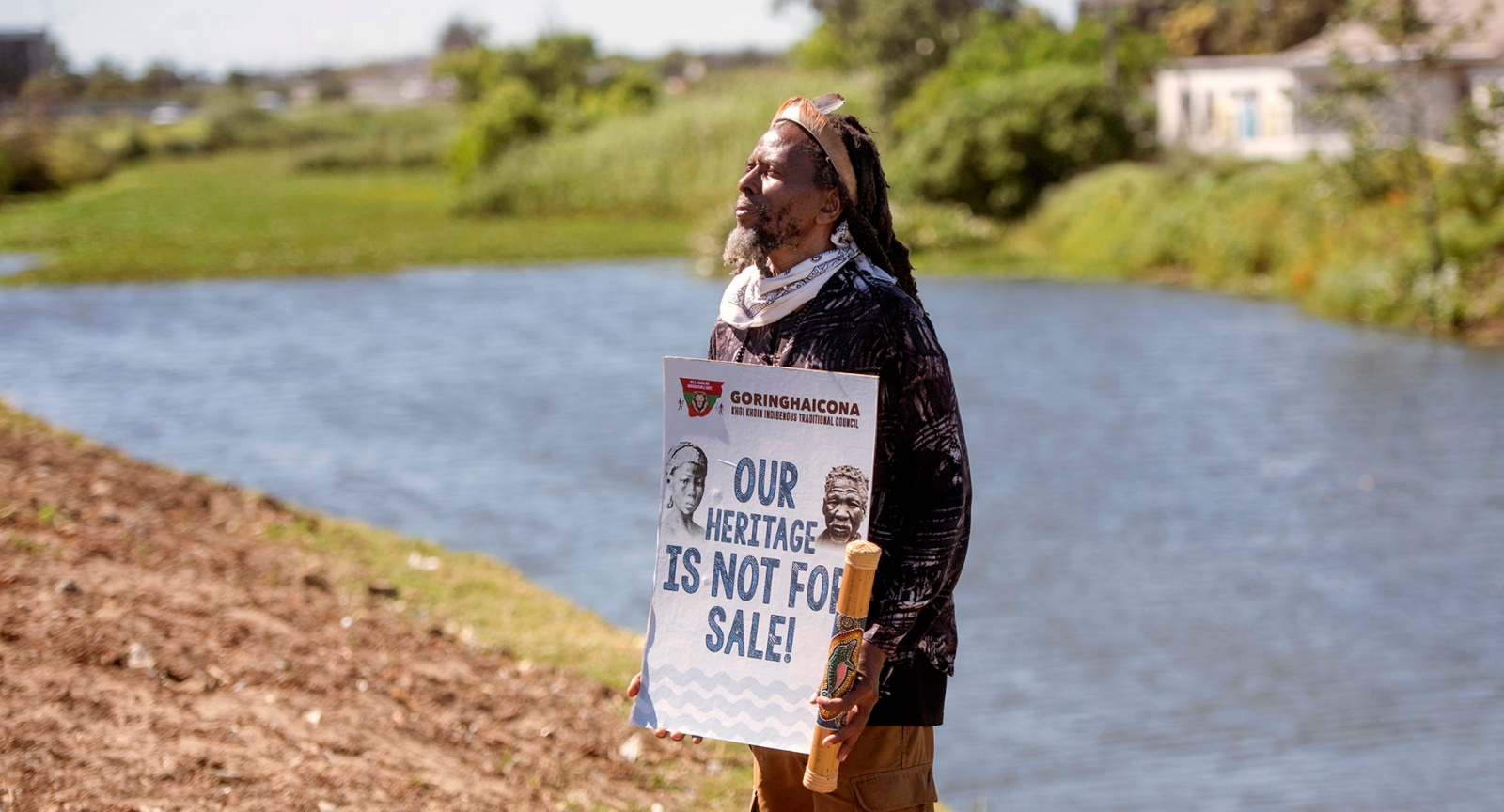 Protestors during the Liesbeek Action Campaign against Amazon River Club Development on November 12, 2021 in Cape Town, South Africa. It is reported that indigenous and heritage protection and conservation groups with concerned residents have slammed the development by Amazon citing that it is a destruction of a sacred heritage site that deeply violates climate change policy, including the Paris Agreement. (Photo by Gallo Images/Brenton Geach)

When people speak about indigenous people worldwide, there is a tendency to speak about us as if we are something of the past. Lifeless, thoughtless and silent people who have no agency to articulate ourselves. The reality is: we are still here, we still exist and we have our methods of engagement. If only people would take the time to listen and consider us, to invite us in from the margins, after all, who better to tell our stories than us?…